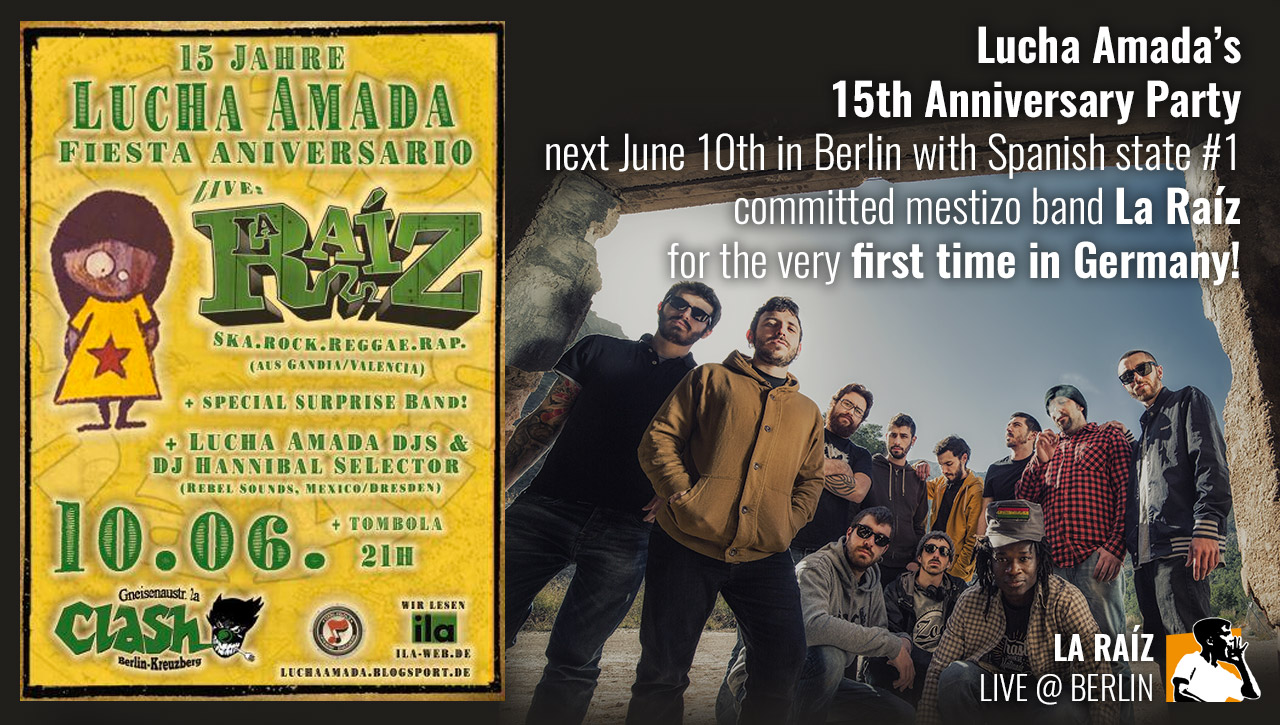 Berlin based antifa musical collective Lucha Amada launches its 15th anniversary celebration next Saturday at The Clash with a killer party!

Next Saturday 10th is time for celebrate music and fight against fascism in Berlin. The Clash is welcoming the 15th Anniversary party of Lucha Amada, a night with a killer headliner band: straight from Valencia, La Raíz. La Raíz is a 11 piece band that is turning upside down the Spanish musical scene with their last album 'Entre poetas y presos', their explosive live show melting rock, ska and hip hop and one battle cry: war to the silence!

La Raíz published their new album last April and since then they have achieved 1.400.000 views of their musical video "Rueda la corona" at Youtube and more than largest Spanish festival Viñarock (short video) and a month of May with complete sold-out shows in all the cities visited (Bilbao, Ovieu, Alicante, Granada, Murcia, Solsona, El Verger). La Raíz is playing this June 10th for the very first time in Berlin, so don't miss them. The band is the main act for Lucha Amada's 15th Anniversary Party at The Clash and afterparty DJs include DJ Lucha Amada and DJ Hannibal SeLector. You can already make tickets reservation by sending email to booking @ clash-berlin.de Next June 10th you've got a date to celebrate commited music and to keep on fighting against fascism: be there!